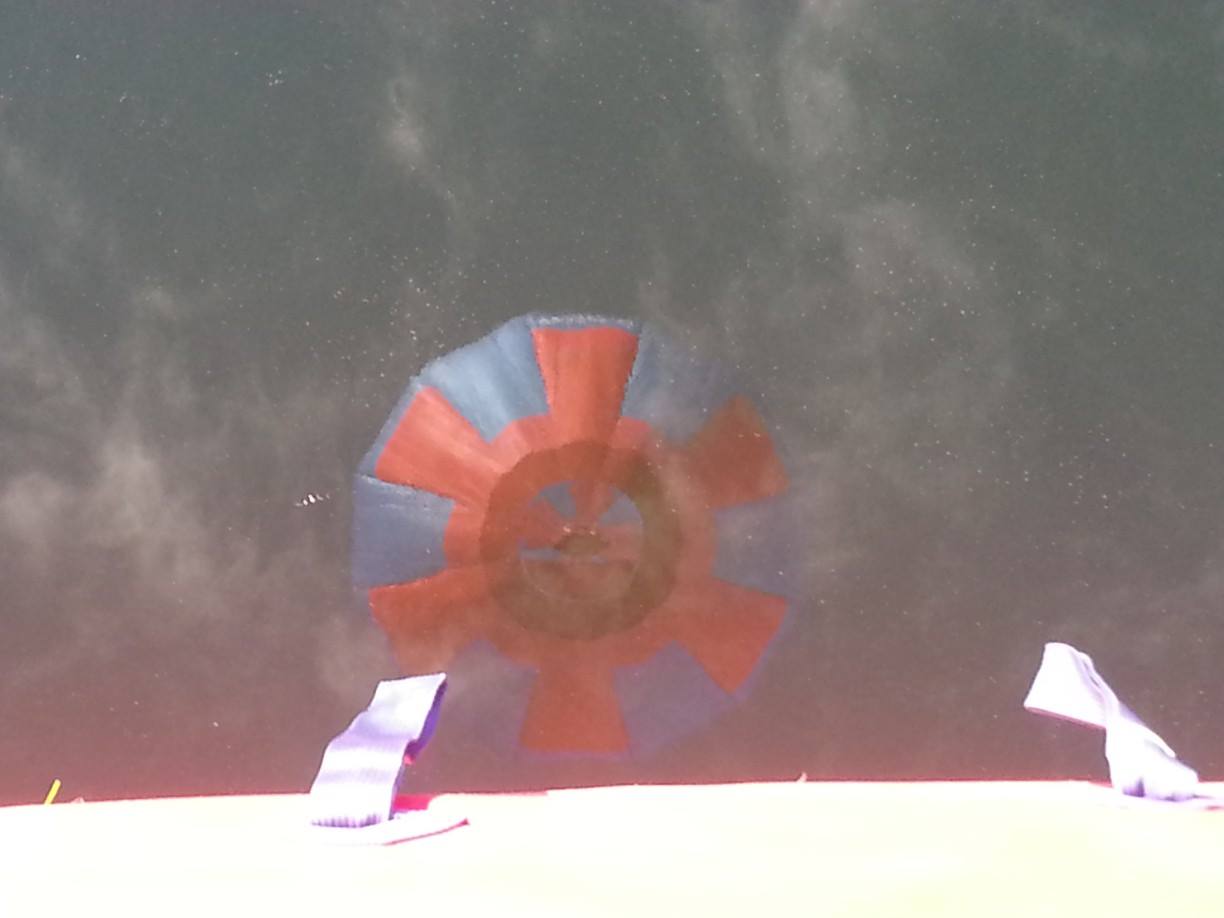 Last weekend I drove 800km down to Connecticut for the XLTA 2013 Rally. XLTA stands for Xperimental Lighter Than Air. XLTA members are basically a group of like-minded Hot Air Balloon homebuilders that gather every year to fly their creations together.

This was the third year I attended the annual event, but the first year I actually got to fly.  And fly we did!

If you don’t know this already, I built my own hot air balloon from scratch, including the basket, in 2010 and have been flying it ever since.

What was interesting to me was that usually – compared to a “regular” balloon – my balloon is considered small and lightweight but at the XLTA rally, it was probably one of the heaviest hot air balloons in attendance (but not the biggest). You see even though my envelope only weighs 75lbs, when you add my basket with a glass-bottom floor, flexible but fixed uprights, powerful burner and 20 gallons of fuel my system weighs about 300 lbs, which is double what some of these other XLTA systems weigh.

In Canada, all balloons, even homebuilts, are registered as aircraft with a certificate of airworthiness, whereas in the US, if you build a hot air balloon system that weighs less than 155 lbs, you don’t need to register it, or even have a pilot’s license to fly it as they fall under the LSA rules (Light Sport Aircraft).

Many of my fellow homebuilders were flying these tiny homebuilt balloons with every kind of “basket” imaginable. One-seat “chariots” or “Cloudhoppers” as they are usually named (a seat with a propane tank behind you, legs dangling below). Others were flying “tank-riders” and one guy was hanging from a “stirrup” harness. My basket felt quite “traditional” compared to these more exotic designs, but one advantage was that I could take a passenger along for a ride!

On the Saturday morning we had an incredible flight over a river basin where the mist was dancing around on top of the water. I had a really nice, long, dreamy flight – landing in a local campground park, with perfectly manicured grass. Here are some pictures from that flight: 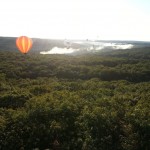 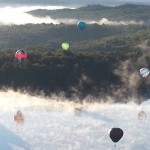 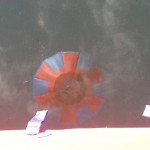 Reflection over the water 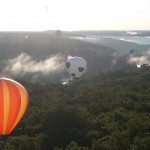 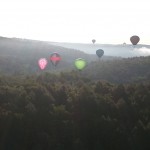 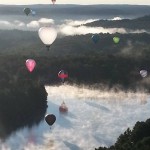 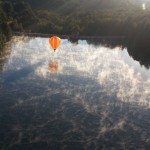 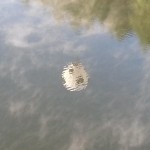 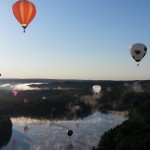 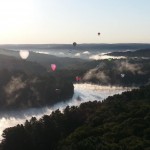 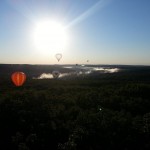 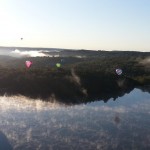 Mist Dancing on the Water 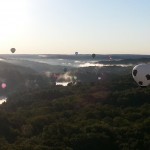 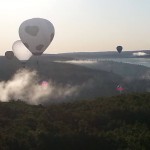 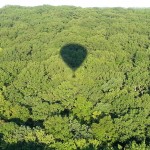